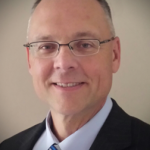 He was the U.S. Department of Defense designee on the White House Task Force on Security of Sources, a member of the Fukushima Daiichi Dosimetry Panel, and a member of the Sub-Interagency Policy Committee Working Group on Improvised Nuclear Device Preparedness and Response. Dr. Smith received a BA in Mathematics from Central Methodist University, an MS in Nuclear Engineering (Health Physics) from the University of Missouri-Columbia, and an MS in Nuclear Engineering Sciences (Medical Physics) from the University of Florida-Gainesville. Dr. Smith earned his PhD in Environmental Sciences from The Ohio State University. Dr. Smith has authored or co-authored numerous peer-reviewed publications, presentations, and technical reports, as well as supervised research on topics addressing radiological terrorism and various topics in occupational and environmental health.