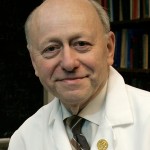 is a Professor of Radiology and Medical Physics at Temple University Medical School, Philadelphia, Pennsylvania. He also is the Director of the Temple University Center for Biomedical Physics. Dr. Ziskin is a pioneer in the field of medical ultrasound. Starting in 1965, he has been involved with developing ultrasound as a useful diagnostic modality. All along, he has been particularly concerned with its safety, especially with respect to fetal imaging. He served for 20 y on the NCRP Scientific Committee (SC) 66, the committee, under Dr. Wesley Nyborg, that prepared the three authoritative NCRP volumes on the biological effects of ultrasound and exposure criteria for diagnostic ultrasound. Dr. Ziskin served as the President of the American Institute of Ultrasound in Medicine from 1982 to 1984 and as the President of the World Federation of Ultrasound in Medicine and Biology from 2003 to 2006. In the past 20 y, he has also been involved with the safety of nonionizing electromagnetic fields.

He serves as the Co-Chairman of the Institute of Electrical and Electronics Engineers, Inc. (IEEE) International Committee on Electromagnetic Safety SC-4, the committee responsible for the IEEE standards on the safety of radiofrequency electromagnetic exposures. Dr. Ziskin has authored or co-authored seven books and over 250 scientific publications. He has received numerous awards, including the 2011 D’Arsonval Award, the highest award of the Bioelectromagnetics Society.