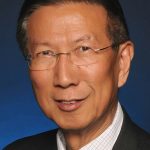 is an independent consultant on electromagnetic field safety issues. Before retirement, he held faculty positions at the Department of Rehabilitation Medicine and the Center for Bioengineering, University of Washington, 1977 to 1985. From 1985 to 1998, he was a Research Scientist and the Director of the Department of Radiation Research with the City of Hope National Medical Center, Duarte, California. In 1998, he joined Motorola, and became the Director of the Corporate EME Research Laboratory in Fort Lauderdale, Florida. He was the Chief EME Scientist with Motorola and Motorola Solutions from 2001 to 2013, where he was responsible for radiofrequency (RF) product safety. Since 1971, his research has been on the biological effects and medical applications of electromagnetic energy.

Dr. Chou was on the Board of Directors of the Bioelectromagnetics Society from 1981 to 1984 and an Associate Editor of the Journal of Bioelectromagnetics from 1987 to 2003, and served as the Chairman of the Institute of Electrical and Electronics Engineers (IEEE) / Engineering in Medicine and Biology Society (EMBS) Committee on Man and Radiation from 1996 to 1997, the Co-Chairman of the IEEE Standards Coordinating Committee 28, Subcommittee 4 on RF Safety Standard from 1997 to 2005, the Vice Chairman of the Committee 89-5 of NCRP from 1996 to 1999, and a Council Member of NCRP from 1998 to 2004. Appointed as a Distinguished Lecturer of the Broadcasting Technology Society of IEEE in 2016. Since 2006, he is the Chairman of TC95 of the IEEE International Committee on Electromagnetic Safety, responsible for exposure standards from 0 to 300 GHz.

Dr. Dr. Chou has authored 212 peer-reviewed papers and book chapters, and presented 317 conference papers and abstracts, and 250 invited talks. He was a recipient of the First Special Award for the decade (1970 to 1979) from the International Microwave Power Institute in 1981, the Outstanding Paper Award from the Journal of Microwave Power in 1985, the Curtis Carl Johnson Memorial Award from the Bioelectromagnetics Society in 1995, the IEEE Standards Medallion Award in 2005, and the Motorola’s Global Standard Impact Award and the Highest Honor d’Arsonval Medal from the Bioelectromagnetics Society in 2006. He is a Life Fellow of IEEE (Fellow in 1989), a Fellow of the American Institute for Medical and Biological Engineering in 1996 and the Electromagnetic Academy in 2007. In 2020, he received the IEEE Standards Association Lifetime Achievement Award.