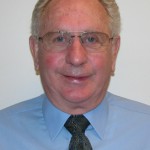 retired in 2008 from the Washington State University Tri-cities as a Professor in the Environmental Science Department. His career included positions as Laboratory Senior Scientist and Section Manager at Battelle, Pacific Northwest National Laboratory; Manager of the Cellular and Molecular Toxicology Group at Lovelace Inhalation Toxicology Research Institute, Albuquerque; and Technical Representative in Washington D.C. for the U.S. Department of Energy, Office of Health and Environmental Research. He is a member of the Health Physics Society, the Mutation Research Society, and the Radiation Research Society.

Dr. Brooks’ research interests include cytogenetics, radiation-induced cancer, radiation risk, and public outreach on radiation effects. The focus of his research has been understanding the biological changes induced by low doses of ionizing radiation. Dr. Brooks served as the Principal Investigator for the project “Optimizing the Scientific Regulatory and Societal Impact of the DOE Low-Dose Research Program.” This includes radiation from both external radiation sources and from internally-deposited radioactive materials. The use of biomarkers for exposure, dose, susceptibility and disease have been a major research effort directed toward making it possible to better estimate radiation risk using short term biological endpoints. Dr. Brooks has authored or co-authored over 170 publications.

In 1961, Dr. Brooks earned a BS in Experimental Biology and 2 y later received his MS in Radiation Ecology both at the University of Utah. Dr. Brooks completed his PhD in Physical Biology in 1966 at Cornell University.