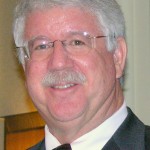 is known internationally for his contributions to uncertainty analysis in dose reconstruction and risk assessment. Since 1971, he has worked extensively with issues of exposure pathways analysis, dose assessment, and the evaluation of the health risk to humans. He helped pioneer application of the principles of quantitative uncertainty analysis to estimate the range of scientific credibility in radiation dose estimates. He served as general chairman for an international guidance document (IAEA Safety Series No. 100, 1989) and a national guide (NCRP Commentary No. 14, 1996) on the use of quantitative uncertainty analysis in environmental assessments, dose reconstruction and risk analysis. In 1999, Dr. Hoffman chaired the U.S. Environmental Protection Agency’s (EPA) Science Advisory Board review of EPA’s uncertainty analysis of radiogenic cancer risk.

From 2009 to 2012, he served as an expert consultant to the United Nations Scientific Committee on the Effects of Atomic Radiation Subcommittee on Uncertainties in Radiation Risk Estimates. From 1989 to 1996, he was a Chief Scientist to the International Atomic Energy Agency on studies using Chernobyl fallout data to test and evaluate exposure assessment models. He has recently directed the development of the Interactive Radioepidemiological Program for the National Institutes of Health and the National Institute for Occupational Safety and Health, which estimates the uncertainty in the excess relative risk and the probability of causation (i.e., “assigned share”) for individuals exposed in the past who have been diagnosed with cancer. He was an advisor for NCRP Report No. 171 (2012), Uncertainties in the Measurement of Radiation Risks and Probability of Causation.

Currently he is involved with the National Cancer Institute (NCI) in the evaluation of doses received nationwide from U.S. and global fallout from testing of nuclear weapons during the 1950s and early 1960s and the lifetime risk of developing radiogenic thyroid cancer. He is also working with NCI in the development of an interactive online radiation risk assessment tool to quantify the uncertainty in the excess lifetime risk of cancer resulting from single or multiple sources of exposure to ionizing radiation.

He is a Distinguished Emeritus Member of NCRP, and President and Director of the Oak Ridge Center for Risk Analysis.